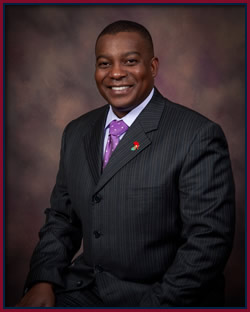 Dalitso Sulamoyo is the President/CEO of the Illinois Association of Community Action Agencies, a membership organization of 40 not for profits and public entities that serve communities and the economically challenged citizens of Illinois. The Association’s members provide an array of services to children, families and senior citizens. Dalitso has been highly successful in generating several funding sources for the association and building a strong association that is responsive to the needs of the Community Action network and families with low income in Illinois.

In 2010 he led a delegation consisting of four Community Action professionals to Port Au Prince, Haiti. The delegation worked with local Haitians in the most impoverished area of Port Au Prince to rebuild a school destroyed after the 2010 earthquake. Since then, the local community has expanded the school with four new buildings and increased enrollment with children living in tent cities.

Dalitso serves on numerous local, state and regional boards. He is an active member of Alpha Phi Alpha Fraternity Incorporated, Mu Delta Lambda Chapter of Springfield, Illinois. He is also the Vice President of the Mu Delta Lambda Foundation.

back to ICADC Staff